The spreading of H. pylori has not yet been fully explored. Previous studies suggest that infection is spread directly from an infected onto a healthy person, however, transmission from infected food or water and animals is also possible. The infection is more prevalent in people living in poor socio-economic conditions. It is estimated that more than 50% of the adult population in developed and 80% to 90% of the population in developing countries are infected.

Infection with H. pylori bacteria starts when the bacteria penetrates the digestive system. If not treated, H. pylori infection in most patients lasts for a lifetime.

Another group of diagnostic procedures is performed during specialist gastroenterological treatment which involves endoscopic examination of the oesophagus, stomach and duodenum. During endoscopic examination tissue samples are taken and the laboratory test proves the presence of these bacteria. This way of proving the presence of bacteria in the body is recommended for all patients who have symptoms suggesting infection, and are older than 45. 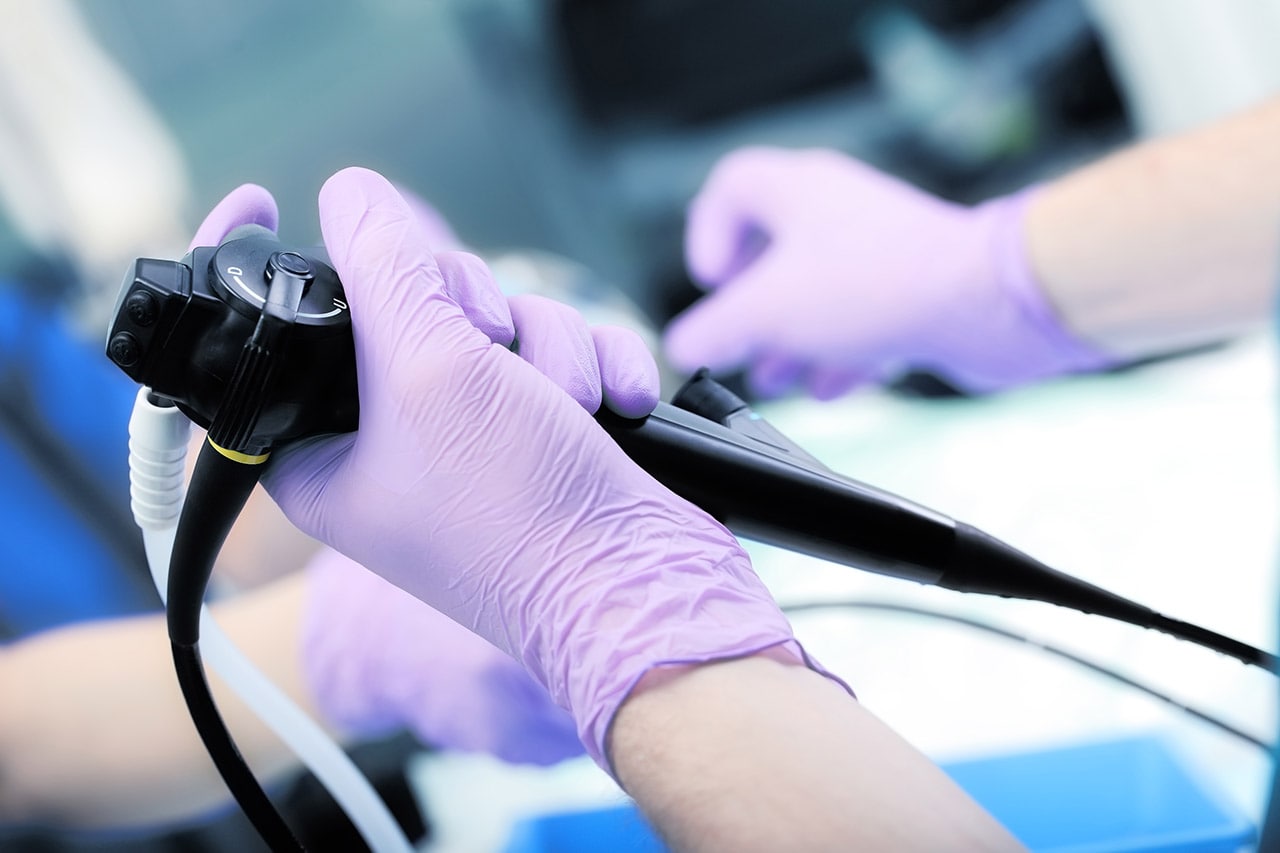 In patients who have severe abdominal pain, signs of bleeding (vomiting blood or black stools), anaemia, unexplained weight loss, difficulty or painful swallowing of food, it is necessary to perform specialized gastroenterological tests, including endoscopic examination of the oesophagus, stomach and the duodenum.

pylori bacteria infection is treated with drugs that kill pathogens and reduce stomach acidity. It is carried out by a combined triple therapy containing a strong anti-secretory drug (the so-called proton pump inhibitor), which reduces stomach acid, and two antibiotics. The treatment lasts for 7 days, after which it usually continues with an anti-secretory medication for another three weeks.

Given that multiple drugs are administered simultaneously, very often there are side effects: diarrhoea, nausea, problems with taste, bloating, etc. A simultaneous use of probiotics is therefore recommended.

After treatment, a check-up for determining the success of the treatment is recommended. The urea breath test or the test detecting antigens in the stool is conducted, no sooner than six weeks after the therapy. In case of unsuccessful treatment, triple therapy is usually repeated with another combination of antibiotics.